3 Little Words that Sound the Same

Where the Crawdads Sing by Delia Owens – Review

Horses for Writers-Are You Riding or Leading?

Recently I did a presentation called “Horses for Writers” for  my local ACFW chapter.  As I prepared, I was amazed at the amount of basic  equestrian terminology require for historical fiction. Horses were used for everything and a life without an equine meant less progress, less food, less travel, and more work.

Writers of contemporary fiction need to know our hooved friends as well, because horses are no longer work vehicles but companions and buddies.

Having a lifetime career with horses, maybe I might be a bit more enthused than the average horse lover, but maybe not. Still if I wrote a story that included a dancer, readers would expect me to use basic dancing terminology correctly.

If I see a horse on the cover of a book or trailer for a movie, I become the horse in the pasture to whom you’ve just shown the pail of grain. My ears perk, I focus and head to the bucket.

And Think of This

A whole generation of kids grew up watching westerns, not because we were interested in the west, but because the shows had horses in them. We didn’t care if Roy caught the bad guys as long as Trigger and Buttermilk weren’t mistreated and we got to hear them thunder along the trail.

And even now, what TV watching horse lover doesn’t remember the Hallmark movie “Long Shot” about the blind dressage horse? Or “Straight from the Heart“ about the wild horses? Did you notice that I recalledl these movies by the roll the horses played and not the romances?

There are horse lovers in 38 million Americans homes that want you to get your terminology correct when you include a horse in your story. Hallmark gets the basic terminology right and so can you. 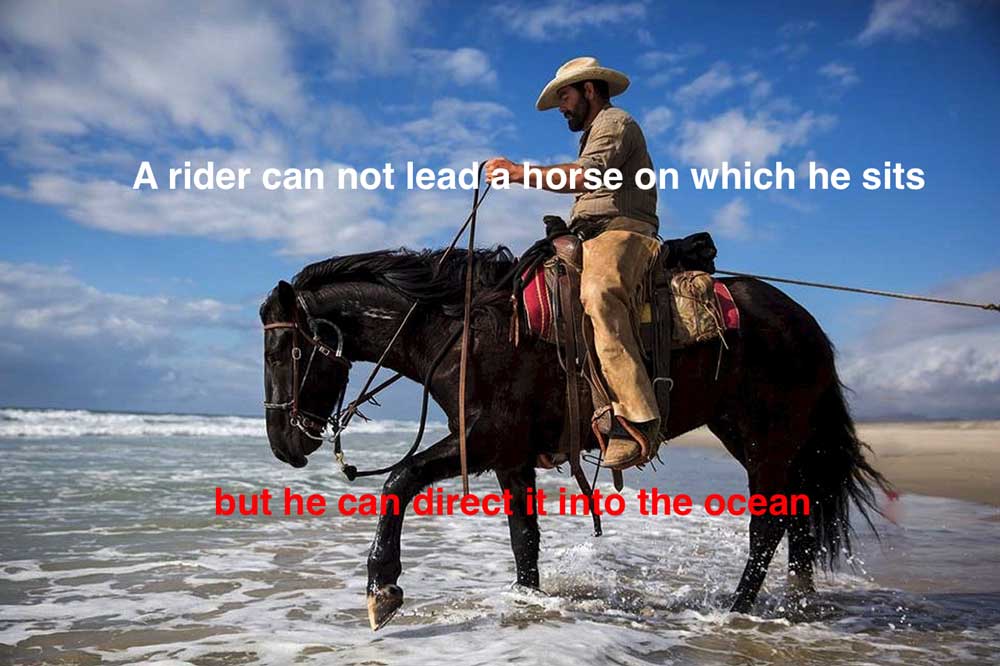 Let’s start with simple terminology. There are two words that seem to carry some confusion. Riding and leading. 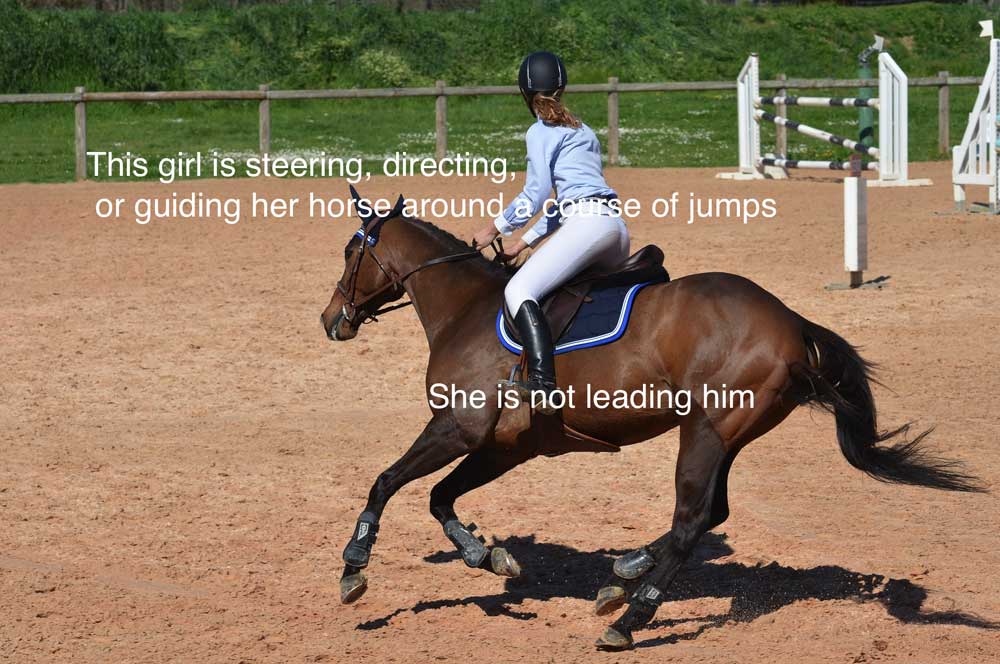 The act of getting on a horse and having it carry you somewhere is riding. In order for a rider to get his horse from point A to point B he rides. 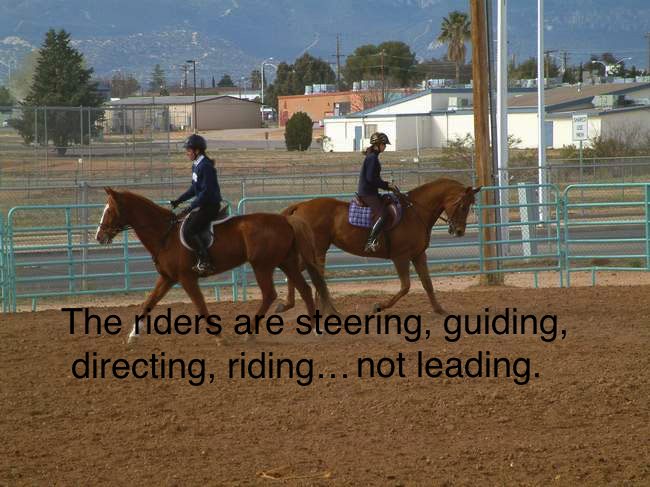 To make the horse reach his destination once the horse is in motion the rider will:

A close relative to the rider is the driver and he will use the same terminology as the rider. 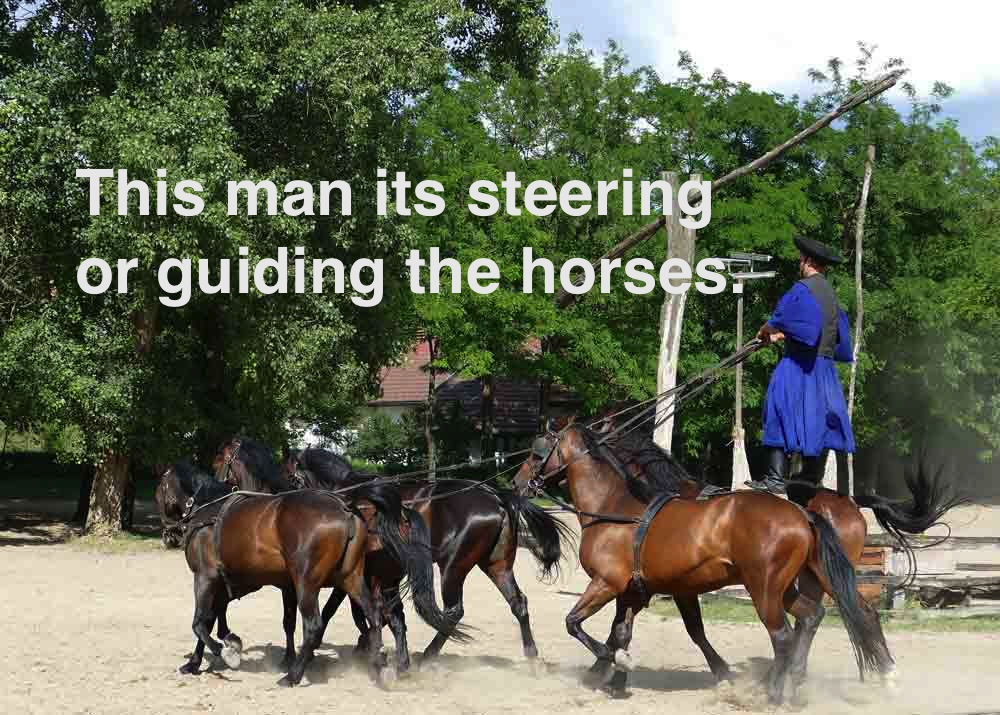 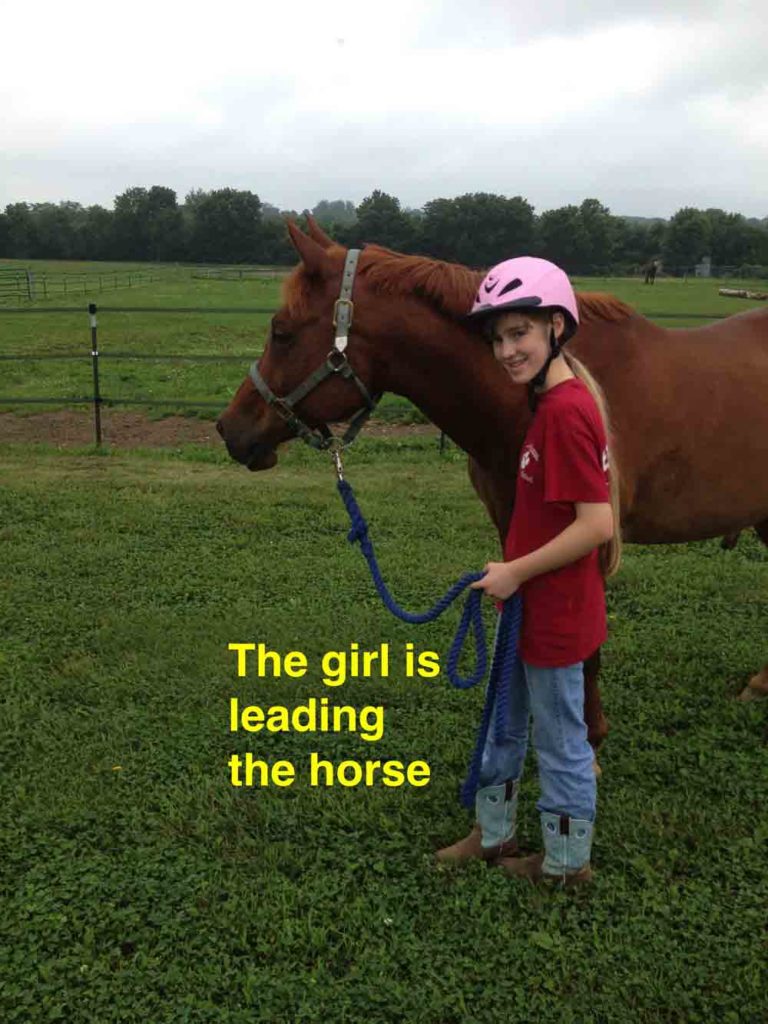 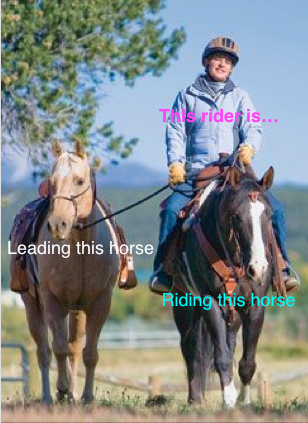 Leading a horse is done either from the ground or from the back of another horse. Leading one horse from the back of another horse can also be called “ponying.” A person does not ride the horse he leads. The word “lead” in a story, immediately makes the reader visualize the character on foot, unless he knows nothing at all about horses. Don’t forget those 38 million house holds with horse lovers that do know the difference.

On the last picture, the woman in a skirt is walking in front of the horses is acting as the horses leader. It’s why the horses follow her. They think she is the one to trust to be in charge of their direction. She would still be the leader if she rode one of these horses but she would ride, direct, turn, etc, to get from point A to point B. Her actions when she is on the horse would not be called leading. Leading a horse and being a leader are two separate issues. More on that another time. 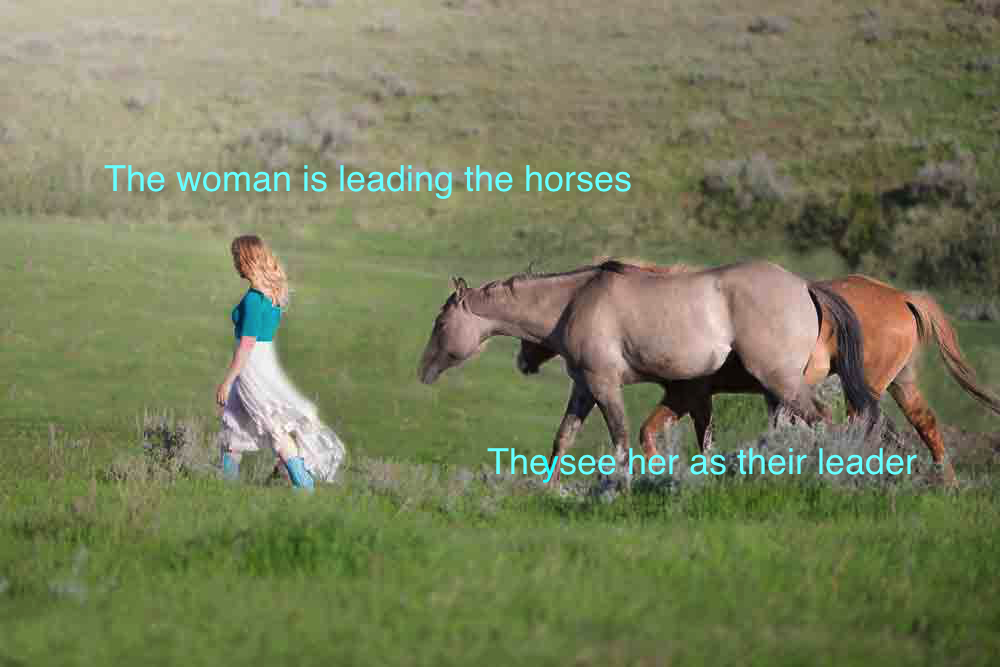 I hope you enjoyed this little lesson in terminology. I’ll tackle more another time.

In the meanwhile do you have an equestrian question? If not how about a favorite equestrian movie or book?

Blessings,
Barbara Ellin Fox
BarbaraEllinFox.com
PS. Many of these photos came from the terrific site Pixabay.com