​I am an author of fiction and nonfiction, an historian, a riding instruct​or, a wife, mother and grandmother.

Barbara Ellin Fox is a 1968 certified graduate of the Potomac Horse Center, MD. During the past fifty-plus years she has taught countless people of all ages and abilities to ride horses and has trained most types of horses. She is the past director/owner of Fox School of Horsemanship, developed a program for Eagles Wings Therapeutic Riding, and is a former Regional Instruction Coordinator, Regional Supervisor, and examiner for United States Pony Clubs, the largest equestrian educational organization in the world.

Barbara is an advocate for America’s Wild Horses. Her personal horse, Reno, was captured by the government in the mountains of Northern Nevada. She has worked with horse whisperers and round pen trainers since 1995, and spent time with wild horse gatherer, Steve Harris. Barbara also advocates the rehabilitation to second careers for racehorses.

Her blog The Riding Instructor is followed by thousands of instructors and students who seek knowledge in teaching and the equestrian business.

In 2015 Barbara retired to write full-time. She writes fiction with equestrian heroes and heroines. Since then, her unpublished manuscripts have been finalists in fifteen writing contests and have won first place in five contests.

Barbara is a member of American Christian Fiction Writers, Romance Writers of America, and RWA Faith, Hope, and Love.

for my Newsletter and “Horse Color Guide”

© ​Barbara Ellin Fox. All rights Reserved   I   Policy  I   Disclaimer

​Sign up for my Newsletter ​& get  Horse Colors for ​Writers Free 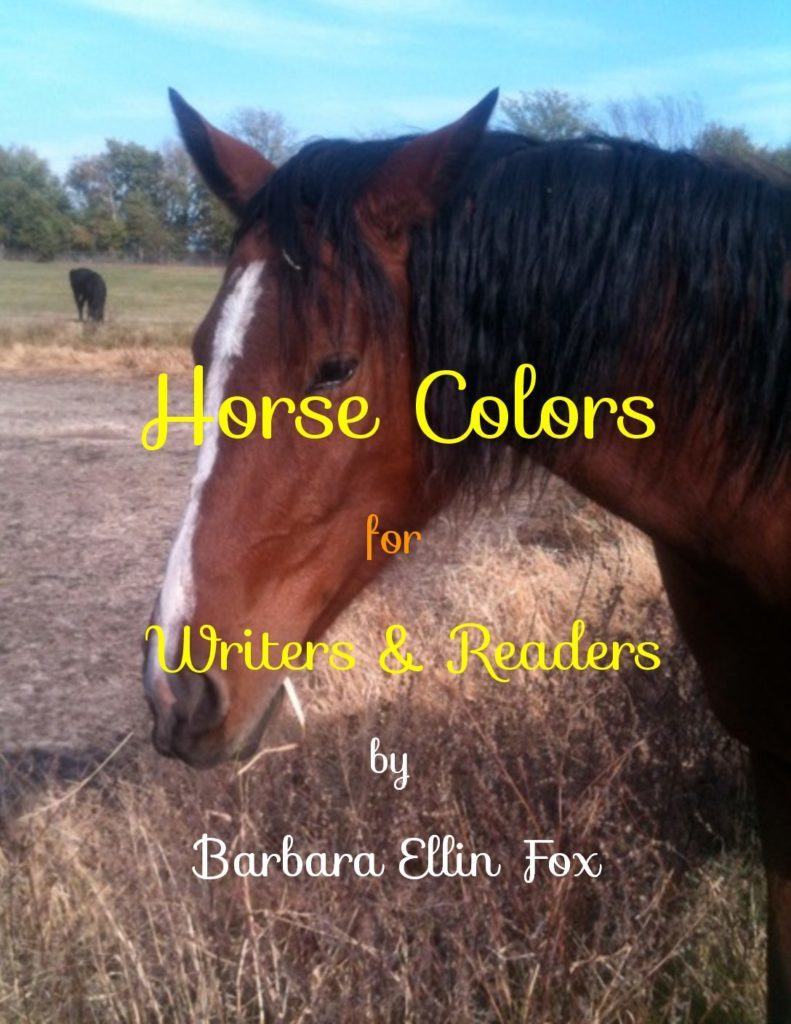 Check your inbox or spam folder now to confirm your subscription.

​​And remember, I won't share your email, and you can unsubscribe any time by clicking unsubscribe at the bottom of the newsletter.